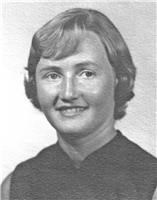 Jean Dawson Schaefer lived a quiet life in the South Bay and answered her call to follow the teachings of Jesus of loving care for this earth and all its people.

Jean was born in 1934, the first child of Reverend Richard Dawson & Marian Edgar. Her childhood was spent in Tucson, Arizona, which influences she carried for life. Her parents introduced her to singing and piano. She appreciated the native cultures, local artists, and the desert climate, plants, and animals. She played with horned toads, tortoises, and roadrunners. She formed eucalyptus bark into her first sculptures. She wore her hair in two ponytails with simple squash blossom hair bands and would repeat the style for most of her life.

The family moved to Southern California in the middle of Jean's high school journey when Rev. Dawson became the minister of Palos Verdes Neighborhood Church. Jean bore the expectations for a model daughter of the first family of the first protestant congregation on the Palos Verdes peninsula. She attended Redondo Union High School.

Jean thrived at Pomona College where she studied art and psychology and exercised her choral skills. Handel's Messiah became a lifelong favorite. Jean was active in the Pomona alumni association for the rest of her life.

A trip to Europe began with one of the most infamous maritime disasters when the ship that carried Jean's family, the Stockholm, collided with and sank the Andrea Dorea. While attending UCLA's graduate School of Social Welfare she cared for her ailing mother and developed her clay sculpting techniques.

When Jean married Roger Schaefer, a teacher in the Palos Verdes schools, her new family became her focus. Jean sang and listened to operas on the radio while she made a home. Her family grew in Manhattan Beach in the 1960s with three children: Eric, Jon, and Ann. With daughter Ann, for eight years she led a group of Camp Fire Girls to develop skills and confidence. The families of Jean and her sister, Virginia, spent much time together.

For many years, Jean fostered opportunities for women to continue their intellectual, social, and spiritual growth. She founded a branch of American Association of University Women in Palos Verdes and served the Manhattan Beach branch (now Beach Cities branch) as program chair and president. She devloped projects to help young women succeed in science and math. As part of an AAUW action study plan, in the early 1970s she opened the South Bay's first recycling center. The center was later adopted and run commercially by the City of Redondo Beach.

Jean was active in the life of Manhattan Beach Community Church. As a Social Action Board member, she focused on hunger mitigation programs. She journeyed to Nicaragua to study a Technoserve project that re-trained young guerrilla fighters to grow coffee. She held many offices in Women's Fellowship and spearheaded the ecumenical work of Church Women United. She organized youth programs, was a Sunday-school teacher, and led the Christian Education Board. She created many of the church's holiday banners. She assisted with secretarial work.

Jean worked in the Manhattan Beach School District as a special education aide. She helped with new and progressive practices for autistic students.

Jean might be remembered by many for her approachability. She was slow to anger and slow to judge. She was an active listener and gave others the benefit of the doubt. She owned her words and deeds.

A memorial is celebrated at Manhattan Beach Community Church Sat. Dec. 4, 2021, 11am. The service is streamed for those who can watch on the web.
Published by The Beach Reporter on Nov. 30, 2021.
To plant trees in memory, please visit the Sympathy Store.
MEMORIAL EVENTS
Dec
4
Service
11:00a.m.
Manhattan Beach Community Church
CA
MAKE A DONATION
MEMORIES & CONDOLENCES
1 Entry
I am sorry I didn't know about your mother's memorial in time to attend in person, but I just watched the MBCC taping of it. As was shared by many in attendance, she was a very special lady. My son, Steven, was fortunate to be in Linda Chilton's Special Ed class at Pacific with your mother as the Aide. We have very special memories of her. One time the class was on a field trip that required riding on an elevator. For many of his younger years, Steven was terrified of elevators so your mother walked up the stairs with him. I have no idea how many flights, but when they got to the designated floor, they were unable to find the rest of their group . Was a bit of a fiasco, but when your mom related the story to me l later, she laughed about it. I did not realize she was an artist, but it explains why she was always so supportive of Steven's artistic creations. Steven is now a photographic artist and although he is not rich and famous, he is happy doing what he does. He is so fortunate to have had her as a teacher in his formative years. Lucy Van Leuven
Lucy Van Leuven
School
December 12, 2021
Showing 1 - 1 of 1 results