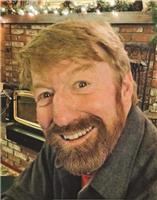 Gregory "Greg" Clifton Brown, of Big Bear Lake, CA passed away on October 20, 2021. Greg was born
on August 27, 1946 in Los Angeles, California to Lyle and Grace Brown. His bright red hair matched his
shining, warm personality. His father affectionately called him "curly" as a boy, due to his curly locks and this was his lifelong nickname for him.

Greg grew up in Palos Verdes and then Torrance, California along with his older brother Bradley Brown. He studied at UC Santa
Barbara, where he met his future wife Christine. They married in March of 1968. He graduated from UCSB in 1968 with a
degree in psychology. His firstborn, Jason Wade Brown was born in September of 1969 and his daughter, Tamara Aleise Brown was born in December of 1972. Greg was an involved, caring parent. He loved coaching Little League baseball for both kids and writing newspaper articles for Tammy's AYSO soccer teams in The Beach Reporter and Easy Reader.

The Brown family loved the snow and the outdoors and purchased their Big Bear Lake cabin in 1981. It was always a special place to Greg and where he chose to retire and live for the last eighteen years of his life. He was very active in the Big Bear Lake community and worked as the Sales Director for the Grizzly newspaper. He was also a volunteer for the Citizens on Patrol (COP) and served as Commander for several terms. He loved his many adventures with the COP and particularly enjoyed ride alongs, bicycle patrol and dressing as the polar bear for the Polar Plunge, a COP sponsored Special Olympics fundraiser. Greg also loved substitute teaching for the Big Bear Valley School District. Greg had a strong commitment to his local and regional AA support groups and was proud of his 32 years of sobriety.

Greg had a warm smile, a hearty laugh and a heart like no other making many friends along his life's journey, always saying "yes" to helping family or friends in need. He had an endless sweet tooth and always had cookies, ice cream and cakes or pastries on hand. He had a knack for choosing inappropriate shirts wearing them with pride, oftentimes to the embarrassment of his grown children.

Greg loved and was loved by many friends and family members and will be greatly missed. He was preceded in death by his father Lyle Brown and his mother Grace Flaherty. Greg is survived by his brother Bradley Brown of Prescott, Arizona, his son Jason Brown (Erin Bakey Brown) from San Diego, California and his daughter Tammy Lopez (Sergio Lopez) and grandsons Max and Sebastian Lopez from Redondo Beach, California
.
His life will be celebrated in the spring of 2022 in the Big Bear area.
Published by The Beach Reporter on Nov. 18, 2021.
To plant trees in memory, please visit the Sympathy Store.
MEMORIAL EVENTS
To offer your sympathy during this difficult time, you can now have memorial trees planted in a National Forest in memory of your loved one.
MAKE A DONATION
MEMORIES & CONDOLENCES
0 Entries
Be the first to post a memory or condolences.